Ridge and I touched down in Melbourne, VIC on December 17th 2016.  We got in and settled at our Airbnb at nearly midnight, awoke fairly early, grabbed brekkie and headed out towards our first stop in Lorne.
Lorne is a gorgeous, seaside town and one of the first stops on the Great Ocean Road.  We had heard about this beautiful seaside town from several friends and family members, some of which said they could have stayed in Lorne the whole time, rather than press on.  Having now been there, I can totally see how they could, but why you don’t…because the beauty of the Great Ocean Road goes well beyond Lorne.  Lorne is filled with restaurants, coffee shops and boutiques, but also caters to those who want to explore outdoors.  While in Lorne, we decided to save some moolah and not eat out as much.  We stopped at a local grocer and stocked up on what I will now refer to as “what Jared and I used to eat all the time”, this consisted of bread, Tasty cheese and sausage.  We would later expand on this meal and add an avocado.  While Ridge and I were attempting to save money by eating “what Jared and I used to eat all the time”, we did enjoy one meal at a local place called The Bottle of Milk, which was recommended to me via numerous internet searches of what to do in Lorne.  They have great burgers, chips and cold beer.  Ridgey and I didn’t do any shopping in Lorne (which we would later regret while frantically shopping for stocking stuffers on Christmas Eve), but did a few local jaunts instead.  First up: Teddy’s Lookout.

Teddy’s Lookout was actually not far from where our Airbnb was located and we probably could have walked there.  It is a beautiful overlook and has a small walking path below the main lookout.  After spending some time at the main lookout, Ridge and I decided to press on, beings as that it only took us 50 steps to get there and we decided we could use the exercise.  We walked down, took in the view and made our way back up.  On our way up, we passed a woman who told us to stay on the path, as she had just seen a snake on it, but it scurried off into the bush.  I thanked her and continued on until I hit a bend in the path and suddenly there was a snake right in front of me.  I yelped and it slithered its way off the path.  Almost immediately following it slithering off, Ridge had jumped in front of me and was poking a stick at where it slithered off…I told him to let me pass if he was going to go poking at a snake that clearly didn’t want anything to do with us.  He let me by and continued prodding until I reminded him of the time…we had 5 minutes to get to the store to get some medicine for a pretty serious sunburn I had gotten as a result of the Whitehaven beach trip—the world’s worst sun burnt lips.  Think Kylie Jenner’s lips but once the poutiness receded, blisters appeared and stuck with me for almost a full week.  It was excruciatingly painful and ugly.  I could not open my mouth to smile, or eat, and the wind blowing my hair on to them at every stop did not feel good. Also, it looked so foul.  I kept a scarf over my mouth most of the trip to protect it from getting more sun, but mainly because I felt I looked like a leper. 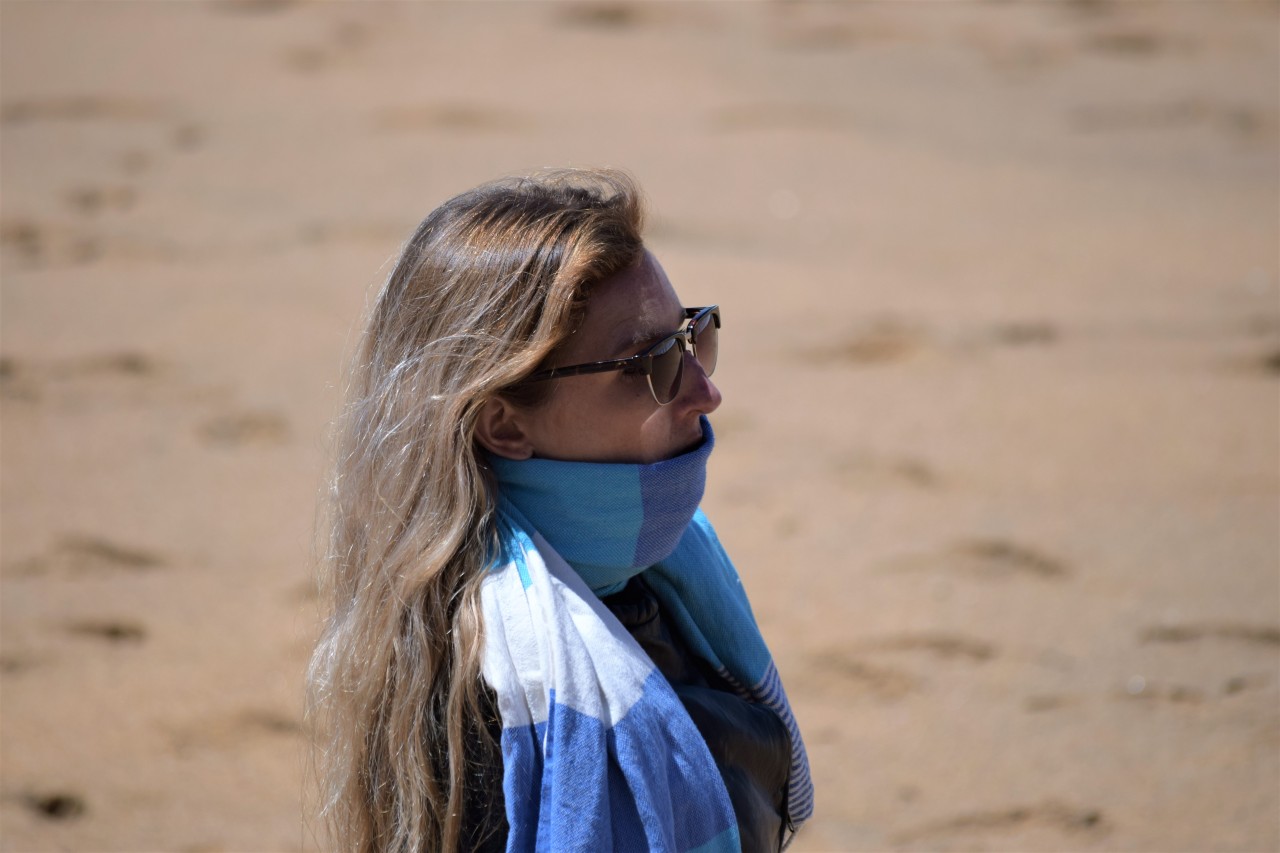 Anyway…got off topic for a bit, but that’s the back story on that.  When I reminded Ridge that we had to leave the path where the snake was to make it to the store for medicine, he threw down the stick and we left.  Later that evening I began looking into what kind of snake it was.  Turns out it was a Tiger snake…very deadly and currently in breeding season.  YAY! On our way out of Lorne we did one last hike at Erskine Falls.

This was also not too far from our lodging and I wouldn’t have dared walk there because we saw signs for a kangaroo hybrid that has a spikey spine and tail and looked to be very dangerous.  Erskine Falls was beautiful and I highly recommend doing the steps to the lower lookout, as the view was even more stunning. 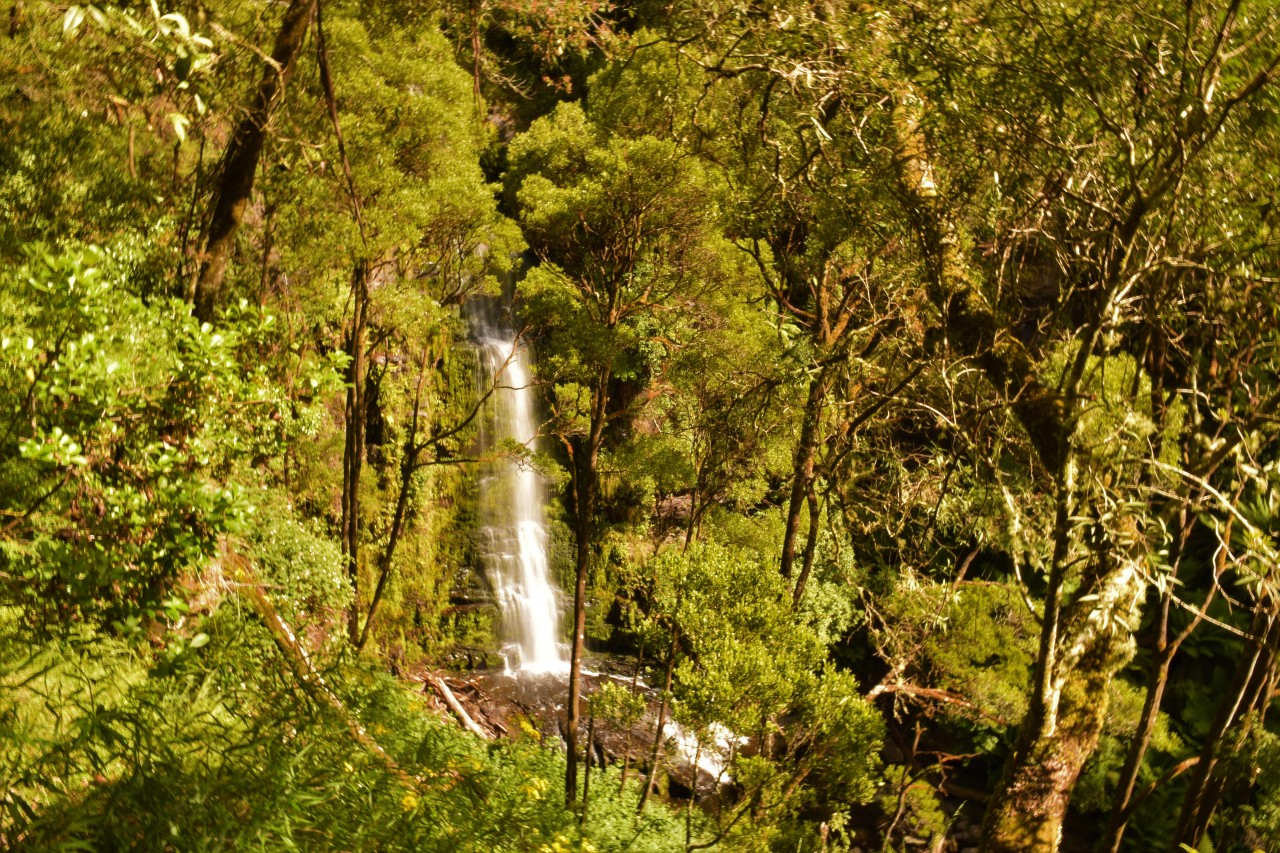 Also heard rumors of a Tiger snake on the path here as well…although we didn’t run into it.  After leaving Lorne we headed to our next stop, Apollo Bay.  Apollo Bay was another adorable seaside town, filled with restaurants and a few shops.  When we arrived we stopped by the Apollo Bay Bakery to get Ridge a meat pie (Ridge loves meat pies).  The Apollo Bay Bakery is home of the famous Scallop Pie, and upon entering and seeing signs about the famous dish, I decided I needed to try it…I did, and it tasted like exactly what you would imagine a curried scallop pie would taste like.  After the pies we checked in to our Airbnb, which was gorgeous.  Honestly, we did not do much here as the weather was raining, we kind of recouped and relaxed at our place which was nice.  Upon leaving Apollo Bay we stopped at the local grocery store and picked up more of “what Jared and I used to eat all the time”.  Our next stop was in Yuulong, about an hour or so away and we decided to stop off and do a trail that was recommended to us by our future Yuulong hosts.  The trail was called Maits Rest, a walk little walk through an ancient Rainforest.

Although it was a short walk…it was absolutely stunning and one I highly recommend doing.  The well maintained walkway consisted of beautiful moss, ferns and massive ancient trees.

Our spot in Yuulong was pure perfection—from the gorgeous home we stayed in to the amazing hosts, it could not have been better.  Our hosts, Malcolm and Michele were the type of people that you meet that are so warm, and inviting that you feel as though you have known them forever, and you hope that you see them again.  Michele actually told Ridge that if she had a son, she would want him to be just like him!

While staying in Yuulong, we ventured out to the famous Twelve Apostles, the Loch Ard Gorge, Wreck Beach, some hidden spots along the way and eventually to the town of Port Campbell.  I could go on for days about each location, as they were all amazing, but I will just go on about my favorite—Wreck Beach.

The windlass from the Marie Gabrielle still resting on Wreck Beach.

Wreck Beach was a location that we probably would not have discovered had our hosts not suggested it. This trip must be timed perfectly with low tide or you will miss seeing the anchors and windlass and also risk getting trapped at high tide.  I think we arrived about 1.5 hours prior to low tide- this gave us time to get down the stairs to the beach and find the anchors.  Once we climbed down the 378 steps

So many steps it keeps many away

to the beach (a bit shocking going up), and walked the 35 or so minutes to the anchors, we were about 15 minutes before low tide.  This beach was insane—the cliffs, the shallow pools, the wreckage, the waves— IT WAS AMAZING! The waves at Wreck Beach were the largest I have seen in my whole life and every time one broke, it sounded like a jetliner engine starting up.  The anchors and windlass that are revealed during low tide are so cool and as per usual, while Ridge took photos and time lapses, I researched where the anchors came from and here is what I found out.  Both anchors in our photos are actually from the same ship, the Marie Gabrielle which sank in the late 1800’s and was loaded with tea when it hit the reef.  I had previously thought that one was from the Marie Gabrielle and the other from the Fiji, but after further research, found out the Fiji anchor is about 15 minute further down the beach.  Ridge and I were the only people on the beach for almost our entire time there and it was stunning. 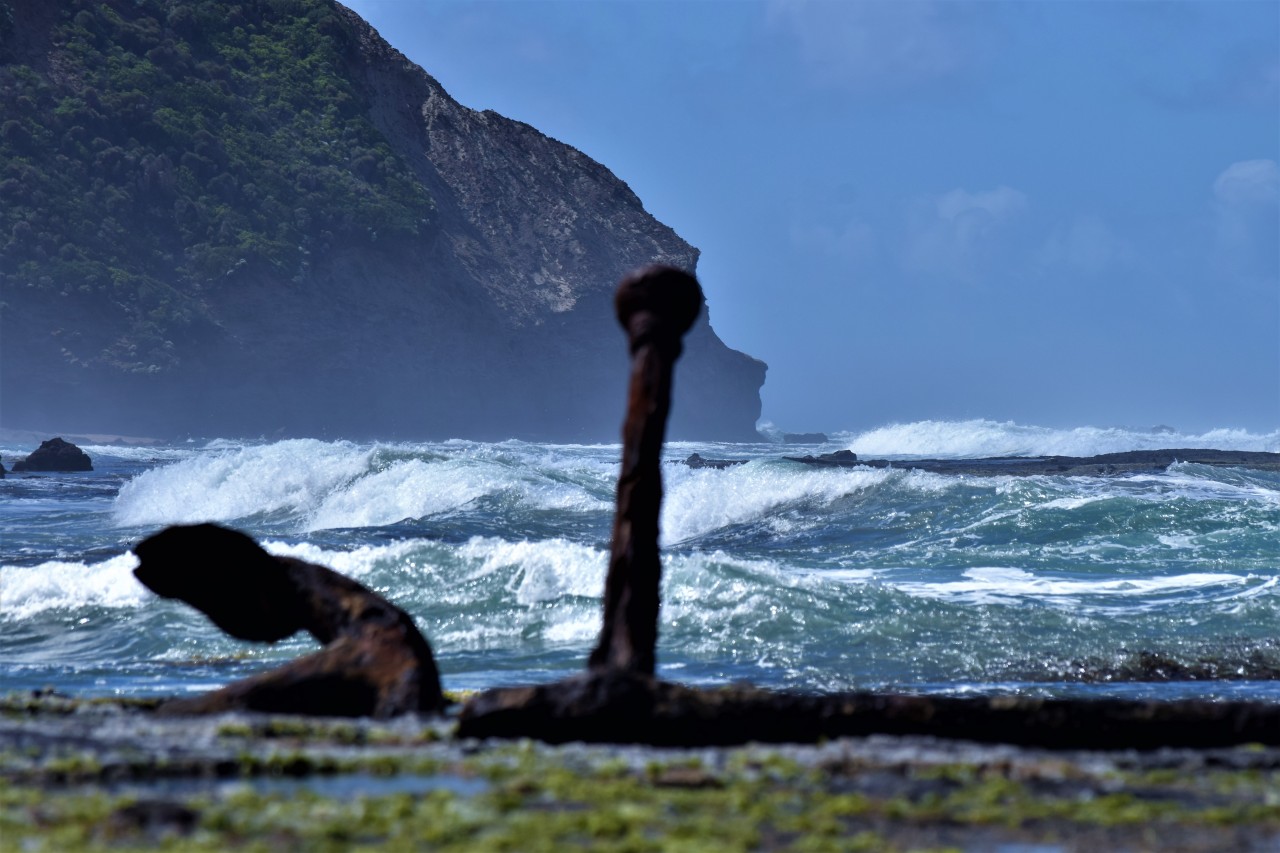 As the tide began to come in we decided we had better start the trek back towards the stairs (better safe than sorry…is something I would say, Ridge, however was dithering and I had to push him along because I was getting a bit nervous).  I am told by locals that Wreck Beach is never crowded because of the remote location and it has a poorly posted sign (I can agree to that), so its never flooded with tourists which is great.  Wreck Beach was by far my favorite place along the Great Ocean Road—it had the solitude and beauty that Ridge so loves to sit and enjoy for hours on end and it also had a little bit of cool history for me.

On our last day traveling on the Great Ocean Road we stopped down as many side roads we could—we found a few where we were the only people around and Ridge sat on the edge of a cliff, taking it all in for hours.  No one else was around, and it was incredible.  We had it all to ourselves…and the black wallabies. 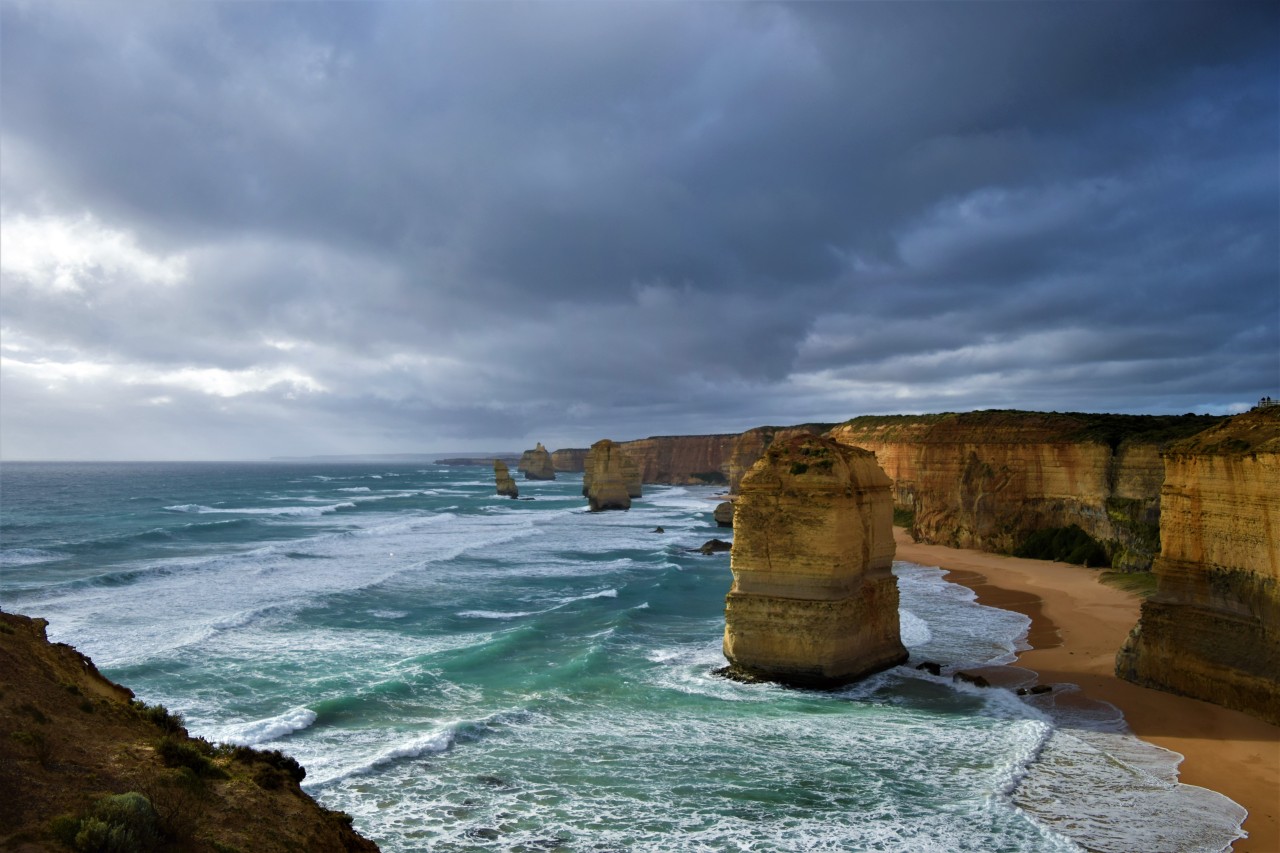 Although we shared this view with hundreds of others…the 12 Apostles are worth the crowds. 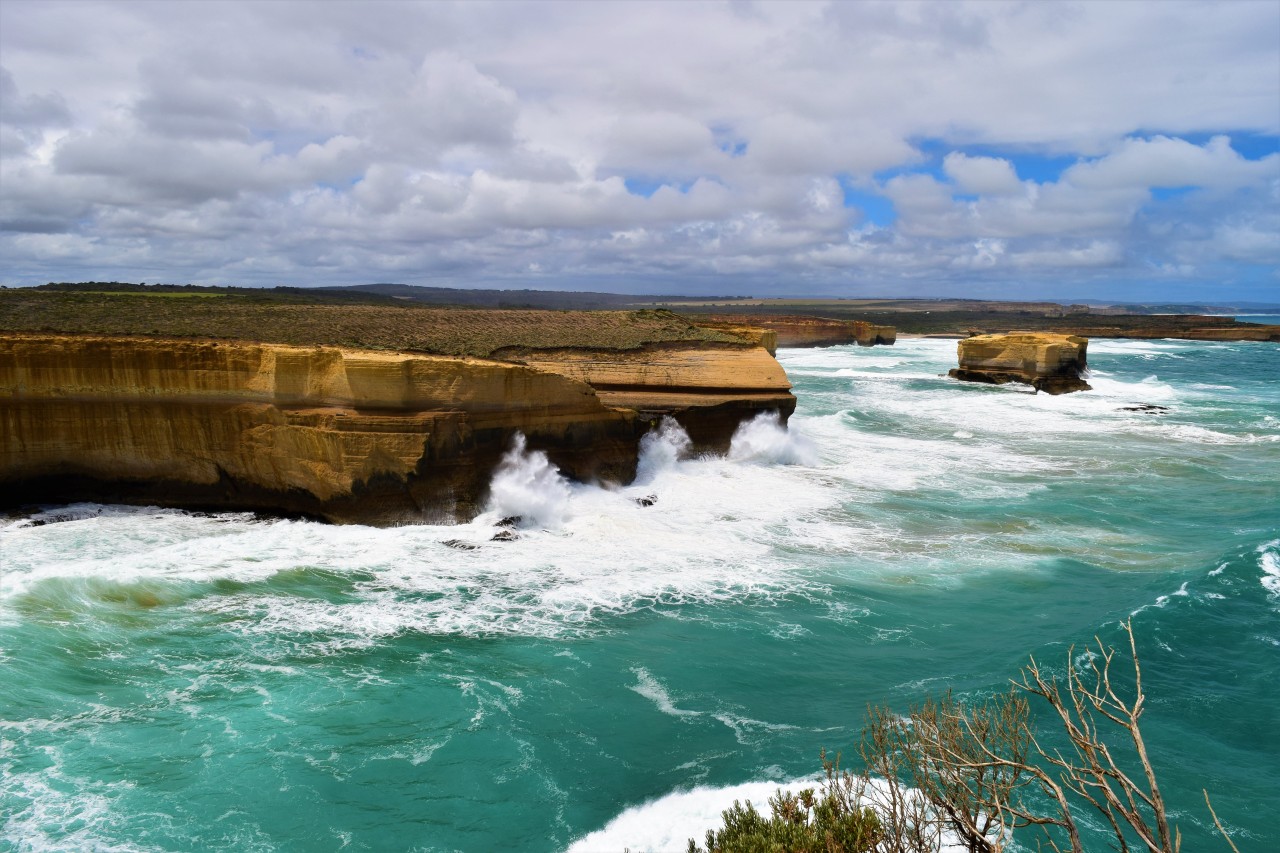 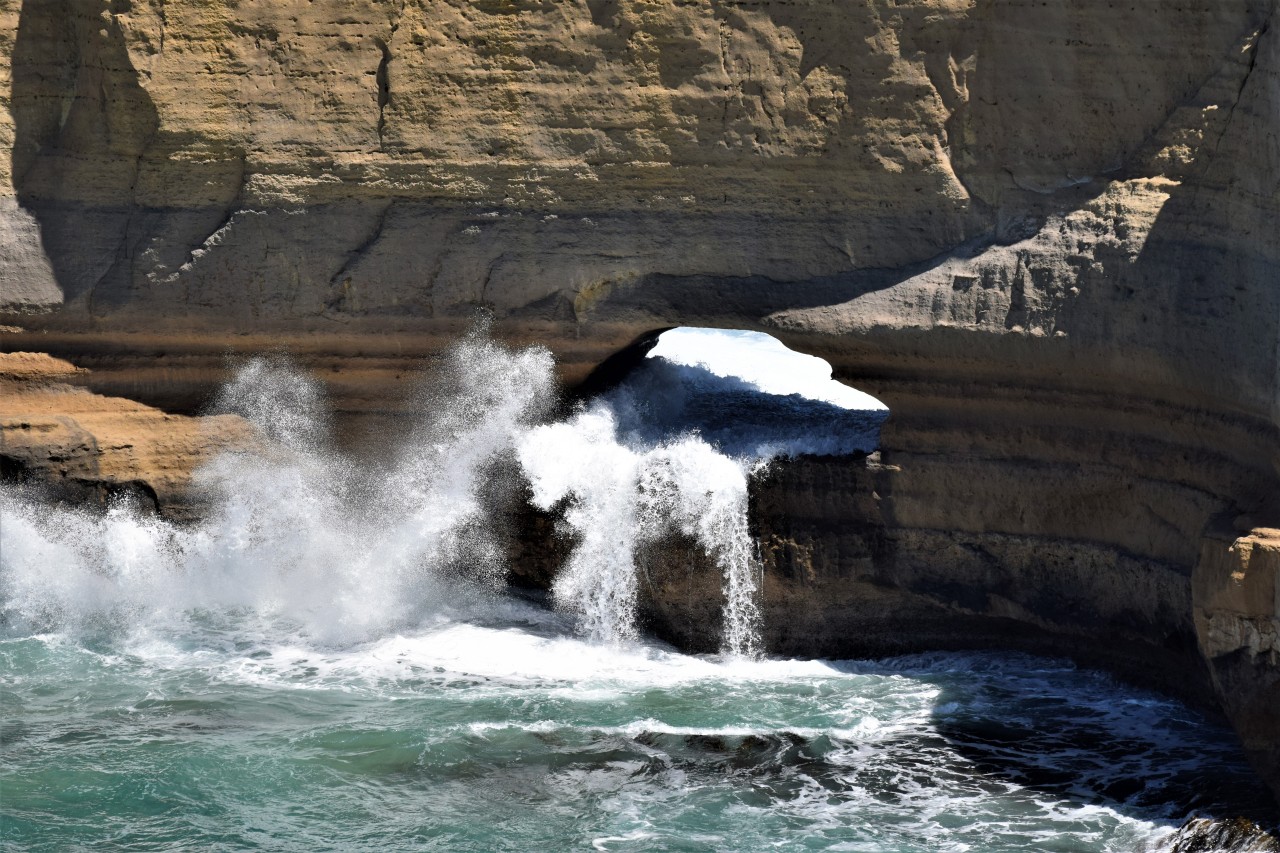 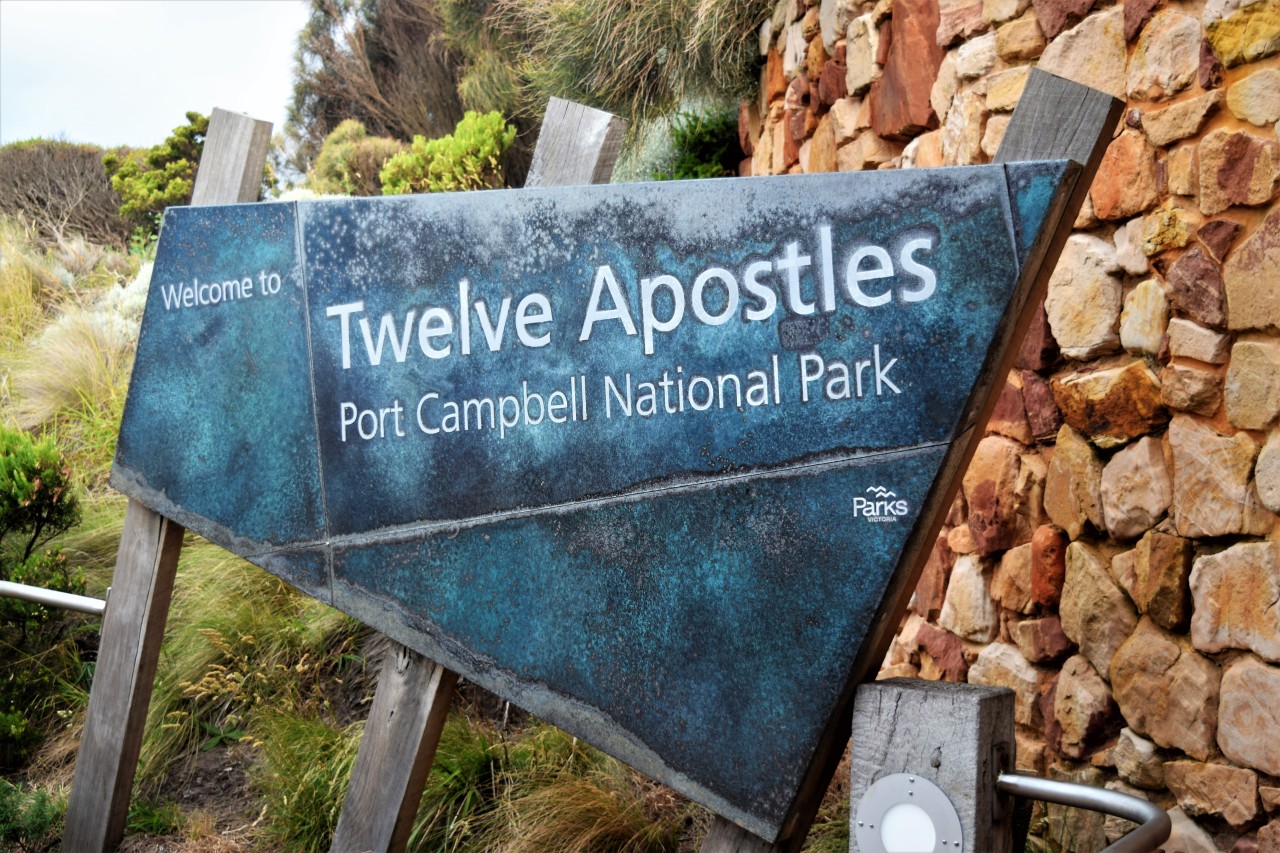 Instead of taking the GOR back to Melbourne, we opted to take a quicker route and went a way that was recommended to us by our wonderful Yuulong hosts—it sent us right through the middle of an ancient rainforest—amazing!

If I could do the Great Ocean Road over again, I think that I would: